Home » Small Business » The Three Secrets of Beating Your Competition » 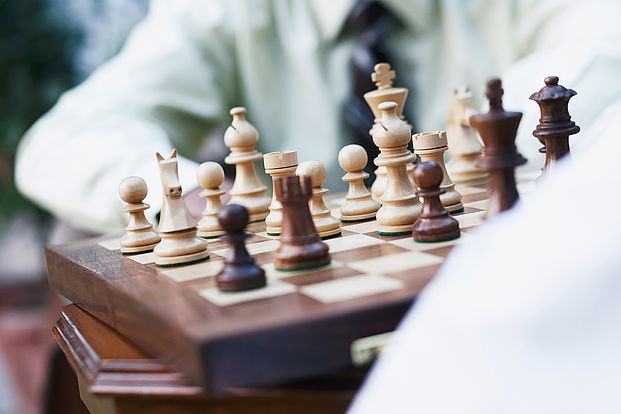 The Three Secrets of Beating Your Competition

Today, I want to talk about the three secrets of beating your competition. Like I’ve said before, there’s obviously many ways to beat them, but I want to talk about these three today.
Those are basically one, don’t fall prey to advertising promises made to all of them, including you. Two, know your target market’s needs and wants better, and address them better; and the third one is showing appreciation for them, by doing something a little bit more than what most businesses do, which is often nothing. You want to do those things. Let’s look at those in more detail.
The first one is, don’t fall prey to advertising promises made to all of you, including yourself, of course, on what this particular advertising can do for you. For example, an advertiser might approach everyone in your industry and offer the same advertising mechanism.
Maybe it’s a magazine with coupons in it, or a newspaper, TV, etc. The bottom line is, the advertising reps need to sell advertising, and if they have two or three of you on there, that’s great for them. It’s not necessarily great for you. You’ve really got to step back, and look at what they are offering to sell, and then see, does it really make sense for you?
Very often it doesn’t. But sometimes it does, but you really have to take a look at that.
You want to stand out in your small business, and you don’t have a huge budget. So, you’ve got to think things a little bit differently, and not fall prey to advertising things that may not work for a small business.
The second thing you do is, you need to know your target market’s needs and wants better than your competition. Everybody thinks they know what they offer, that fills a need, or a want for their target market. But not a lot of people, in small businesses, in particular, go back and ask, “What are you really looking for here?”
When you bring your car in, what are you trying to accomplish? Now obviously, one of them might be, “I want my car to continue working.” That’s a real obvious, at the surface, need or want. What are they really looking for? Perhaps it’s, “I’m looking for a feeling of safety and reliability that when I’m driving, I know my car is not going to fall apart, or put me in a situation that’s going to make my kids a danger, etc.”
Think about how you can really identify their needs and wants, and address them. There are a variety of ways of doing that. There are surveys. There’s just picking up the phone when they call, and asking them. There’s looking at one of their other patterns are out there, and seeing what exactly they seem to be looking for in their lives.
The third thing is, show your appreciation for your customers, and spend a little money on that. I’m not saying you’re going to have to spend every bit of money that you make back on your customers. Certainly you don’t want to do that, and they don’t expect that.
But it would be nice from time to time, for you to show your appreciation to them. And it doesn’t necessarily have to be dollars. It can be, hey, you’re coming in. Give a random cup of coffee, if you’re a bakery or something like that, to somebody who’s part of your loyalty program, obviously.
You want to just do little things like that that they don’t expect. Sometimes, the randomness factor does produce a greater feeling than if they know, “On my 10th visit, I’m going to come in, I’m going to get something.” Sometimes, you can randomly do something, and there are generators out there that can do that.
They walk in, and every customer that comes in, randomly the sixth customer or the ninth customer gets a reward. Things like that tend to work very well, and it’s a reason why gambling establishments do so well.
Most of the time, people lose, but occasionally they win, and they win big. That win makes them feel so good, that they want to come back. You can use that same approach with some of your marketing efforts.
To wrap it up, the three secrets to beating your competition are ‑‑ don’t fall prey to advertisers selling you and all your competition the same thing. Know your target market’s needs and wants better than any of your competition. And show appreciation for your customers so that they really develop a relationship with you, and continue to do business.
If you want to do business with us, you certainly can call me at 321‑613‑8476. That’s 321‑613‑8476, or send me an email at brad@justsmallbiz.com. All right, have a good day.